Vendors of non-traditional kilts, sarongs, man-skirts and other skirted garments.

When you, as an EU-citizen, are ordering goods from another EU-country no taxes are to pay. You pay the price of kilt or accessory including VAT and freight, and it is delivered to your door step without extra cost. Could not be more simple.

When your kilt or accessory is to be sent from a non-EU country, i.e. a third-country, your own country's VAT and a customs clearance fee always apply.
And if the price exceeds 150 Euros or the equivalent in other currencies, a 12% customs duty applies too, and VAT hereof.

Due to the free-trade-agreement between EU and UK, there is NO customs duty on goods sent from UK to a an EU country, whatever their price, provided they are manufactured 100% in UK from materials, made in UK! Otherwise customs duty applies on the part of the product which is not British, if the value is exceeding 150 Euros.
At all times VAT and customs clearance fee are to pay, like from other third-countries.
Vendors in UK should deduct British VAT when selling to EU-citizens. Check before paying. In countries with a VAT-rate below the British there is something to save, whereas in EU countries with a higher VAT, like Denmark and Sweden, kilts shall in future be more expensive.
Due to the customs clearance fee all kilts shipped from Scotland, cheap or expensive, shall automatically become approx. 18 GBP more expensive.

Vendors of cheap custom kilts might send directly to you from Pakistan, even if their homepages indicate addresses within EU. This could mean VAT and customs clearance fee to be paid prior to having kilts and accessories handed over to you. But they might still be competive. 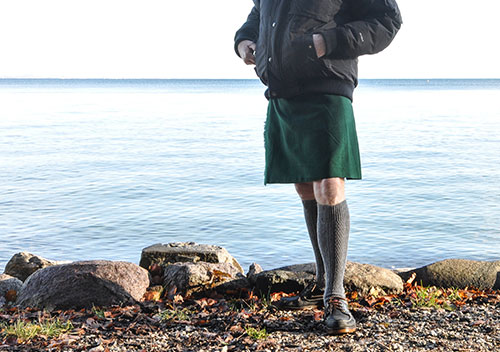 Solid coloured, patterns instead of tartans, other fabrics, or by design deviating from the traditional kilt.

Expensive top quality kilts where innovation is based upon tradition. According to Howie R. Nicholsby, founder and owner of 21st Century Kilts, the kilt should be an alternative to trousers and for every man to use, casual or formal:

Paul Henry can not only make you a traditional tartan kilt sewn by hand but also kilts in tweed, linen, denim and cotton.

By Clan by Xcotweb you can buy some nice made-to-measure Camouflage Casual Kilts in four different patterns. The price is only £125 delivered at your door step (comes with free worldwide shipping). Or a Denim Casual Kilt or a tweed kilt.

Black kilts, or kilts with a tartan hardly to recognize, seem to get more and more popular these days. You can have them ready-made or custom-made by most kilt vendors. 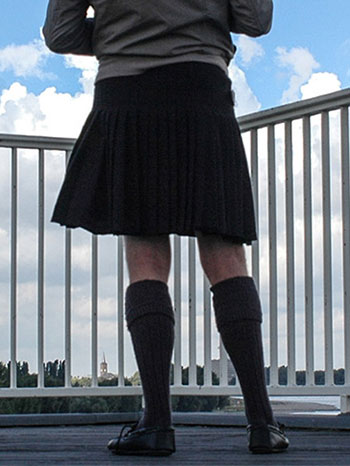 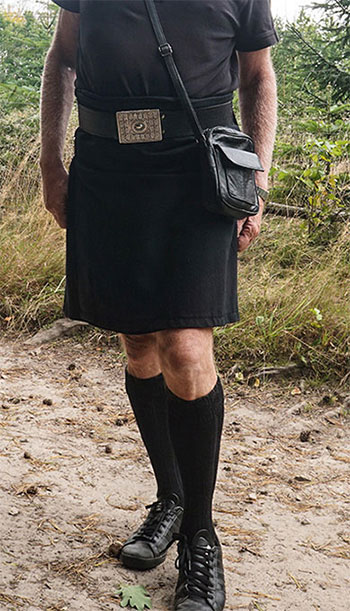 A black, 5 yard cheap ready-made kilt, worn with a shoulder bag instead of a sporran. 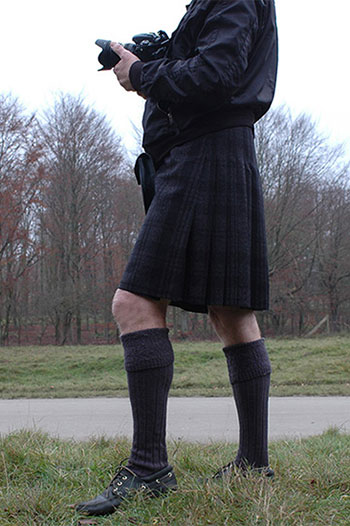 Traditional kilts might come in a tartan, being hardly to recognize. This one is a 5-yard custom kilt in pure new wool. "Grey Heritage" tartan. 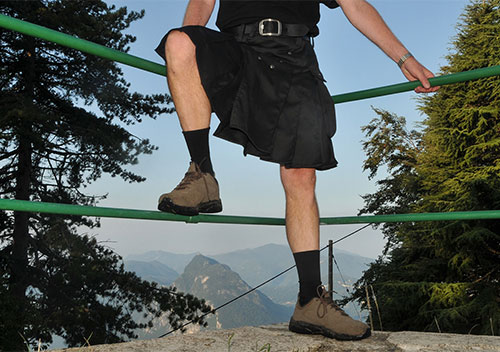 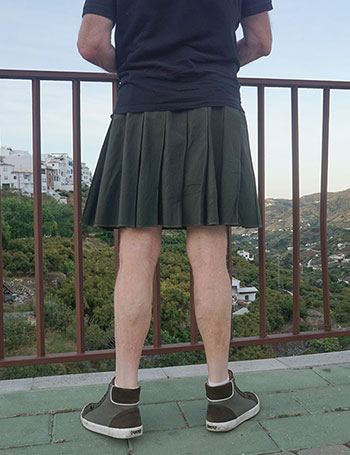 Amerikilt, one of the first utilty kilt brands, is now history. In 2020, after 18 years on the market, the company closed down. AmeriKilt Olive. 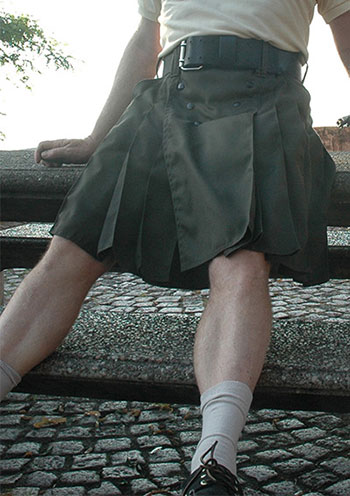 Utilikilt Mocker. Nice slide pockets instead of cargo. Therefore one of my favorite utility kilts 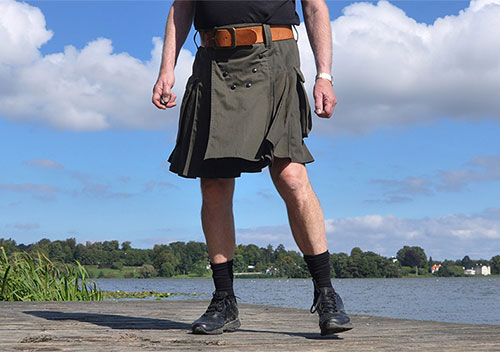 A unisex skirt. The original Macabi skirt can be worn as kind of pants. A knee length version is also available.

Positioned at women but men can wear these skirts, too, or have them made to measure. Then they are called kilts.

"Note: while our women's kilts do have sewn-in shorts, our men's kilt does not have shorts underneath (the eternal question answered)!" 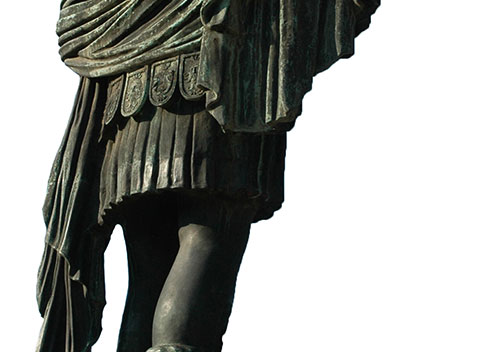 When Emperor Augustus well 2000 years ago sent out a decree that "sll the world should be taxed", men were in skirts.

In the past men have been wearing "skirts" as normal attire and without being regarded tranvestites or cross-dressers. Kilt wearers should benefit, would just more men be men enough to wear skirts again - in a strictly manly way.
And in 2021 skirts, designed for men are to buy.

Hiatus Kilts and skirts for men

Judged from the photos on their web site, Hiatus is moving from man skirts to unisex skirts. 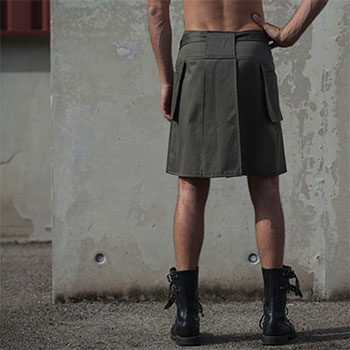 Kilts and skirts for men. 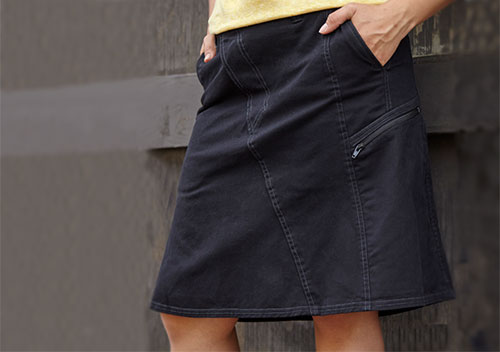 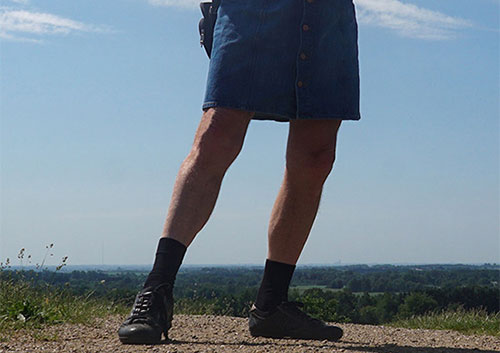 Regular skirts, meaning designed for women, you'll, at least in theory, be able to find just around the corner.
Looking at the links below you shall probably realize, however, that only very, very few skirts are suitable for a man to wear, does he emphasize a masculine appearance. "Boyfriend" style might be a possibility, whereas the longer skirts, fashion 2019-20, simply are too feminine to wear for a man emphasizing a manly appearance.
And then there is the size.
Now you are warned. 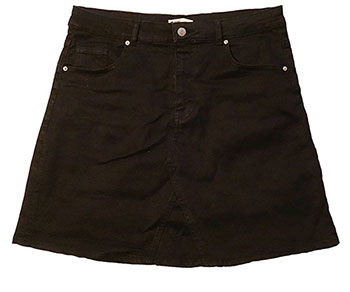 A few skirts may be acceptable for a man to wear, despite being designed for women. 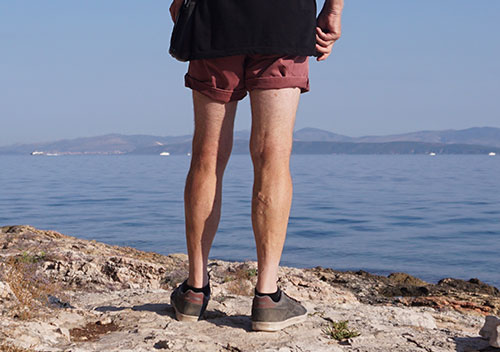 Men wearing kilts and skirts for comfort often also like wearing shorts, which, fortunately, nowadays are a commonplace thing. Most often they are longer, however, than 25-30 years ago, when shorts were short.

Farfetch
Designer Bermuda shorts, some of them with a skirt's silhouette. More expensive than most kilts!

50-60 years ago, every German boy would wear "Lederhosen". leather shorts, as daily attire. Until they were replaced by blue jeans. Due to fashion, and the fact that they became too expensive. Like with kilts, until cheaper imported ones have become a possibility.
Nowadays Lederhosen are seen in connection with the yearly "Oktoberfest" in Munich - like kilts at Scottish events. And then some men will just wear them when they feel like it.
Like men will wear kilts without any other reason than they are comfortable, different, looking good, probably healthier, versatile, and a valuable addition to an otherwise rather boring manly wardrobe. 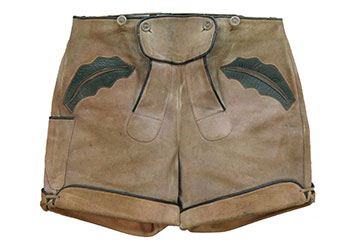